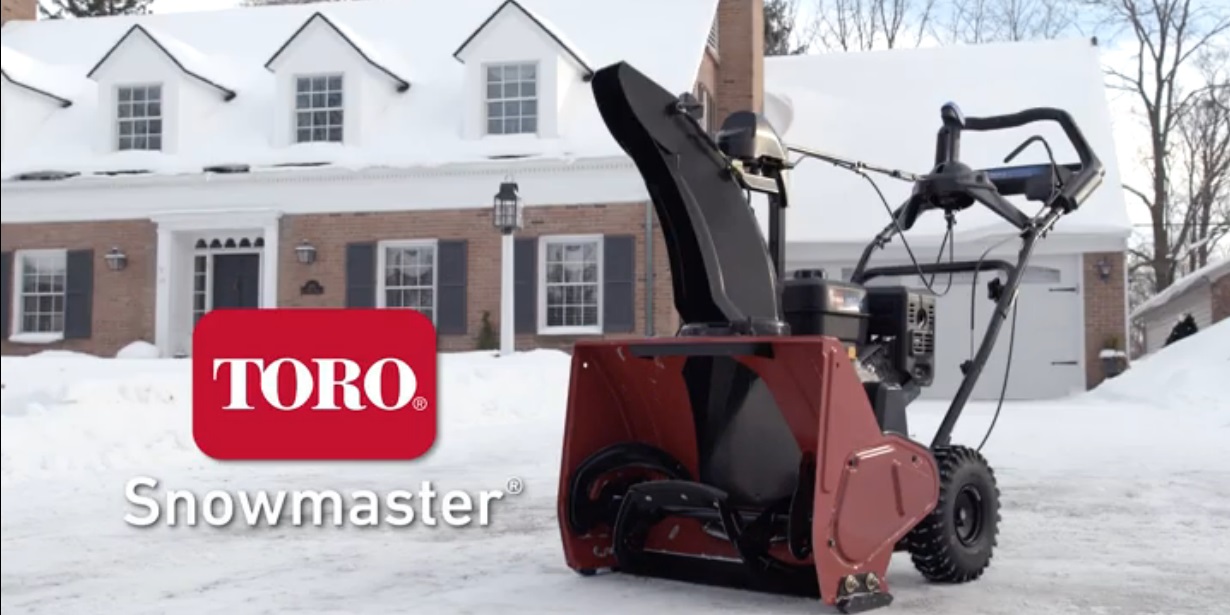 New to the market for the 2016 snow season is Toro’s most innovative consumer product this century, the SnowMaster. Toro is calling this never before seen snowblower design an “inline two-stage”, which is more like a single stage and two stage snowblower hybrid. Toro has once again found a gap in the industry and has quickly filled it with a innovative and purposeful product. To be more exact, Toro has built the perfect solution for the person caught in the single stage vs two stage snowblower dilemma. This has been more common in the last two years with the large influx in national snow averages.

Typically, a single stage snowblower is perfect for handling 2″-8″ of snow on a paved or concrete surface. However, they are non effective for large snows and do not offer self propelled drive systems. On the other hand, a two stage comes standard with self propelled drive and can handle up to 24″ of snow or more but do not work well with less than 4″ of snow on the ground. To further this dilemma, a two stage snowblowers self propel is relatively slow to a walking pace and can be outperformed by a single stage in lighter snowfalls. In certain parts of the country, no matter what you buy it’s only the right equipment for the job half the time.

Toro has recognized this issue and has quickly provided an overly simple and obvious solution that no other manufacturer has supplied before.

The first step was to provide a snowblower that can handle larger snowfalls and still quickly and effectively remove small amounts of snow. To do this Toro used a larger housing with taller intake to handle large snows and fitted it with a larger single stage paddle system that still removes snow clear to the surface for light snowfalls.

Toro has also upgraded to a larger chute typically found on their two stage design. This allows the SnowMaster to move large volumes of snow.

Toro has made use of their patented Personal Pace self propel system found on their lawn mowers and it works just as beautifully in the snow. The larger tires mounted to the powerful transaxle allow the SnowMaster to easily roll through or over the snow with little effort from the operator. It makes going from forward to reverse mindless and allows the handles to easily be folded.